(CNN)Someone gained access to the Ring security camera of a Mississippi family and used the speaker feature to harass their 8-year-old daughter, telling her he was Santa Claus and encouraging her to destroy the room.

The horrifying ordeal is one of several recent incidents in which hackers have figure out a way to log into Ring accounts without the user's knowledge.Ashley LeMay told CNN affiliate WMC she installed the camera in her daughters' room so she could watch over them while she works overnight nursing shifts. "I did a lot of research on these before I got them. You know, I really felt like it was safe," she told the affiliate.The intrusion happened just four days after she installed it when she was running an errand and her husband was at home with the kids.When her daughter Alyssa heard noises coming from her bedroom, the child went in to see what it was. 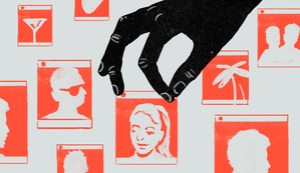 We asked a hacker to try and steal a CNN tech reporter's data. Here's what happenedThe Ring camera footage, obtained by WMC, shows Alyssa standing nervously in her room while Tiny Tim's rendition of "Tiptoe through the Tulips," a warbling song featured in the horror movie "Insidious," plays over the camera's speaker."Who is that," Alyssa asks, after a man's voice fills her room."I'm your best friend. I'm Santa Claus," the voice says. "I'm Santa Claus. Don't you want to be my best friend?"WMC reported the unidentified person continued to harass the girl, taunting her and encouraging her to destroy her room."I watched the video and I mean my heart just like ... I didn't even get to the end where she is screaming 'Mommy, mommy' before I like ran inside," LeMay said.