Learn smarter, start speaking today, and get to fluency fast!

Japanese is not this incredibly complex and confusing language that everyone seems to think it is. Learning a bunch of random words and set phrases isn't going to get you very far. You need to learn to think differently. That's why I'm writing 80/20 Japanese.

Japanese is easy – you just need to be taught the right way.

When I learnt Japanese, I did it the hard way – by memorizing sentence patterns, set phrases and random vocabulary. The problem was, I didn't know how to put it all together. I knew all these random bits and pieces, but didn't understand why everything works the way it does.

I figured it out eventually, but there are so many things I wish someone had taught me. Japanese is actually incredibly logical, flexible and intuitive, but I wasted a lot of time feeling confused and frustrated because it didn't make sense to my English-speaking brain.

That's why I decided to write 80/20 Japanese. I want to save you from all the difficulties that I faced, and help you understand how the Japanese language really works. That's the 20% that will get you 80% of the way to speaking fluent Japanese, and that's what you'll learn in this book.

If you want to learn to speak and understand Japanese properly, and fast, read on!

This campaign has ended. To order this book, please visit: http://8020japanese.com

In 80/20 Japanese, you will learn the most important 20% of the Japanese language that will get you 80% of the way to speaking fluently. This book will teach you to truly understand why Japanese works the way it does, and provide you with a solid foundation that's easy to build on.

Each chapter is packed with examples that support detailed explanations of all the important concepts, and they are presented in a way that helps you avoid the confusion that I faced when I was learning. With this book and plenty of practice, you'll be amazed at how quickly you can go from complete beginner to conversational pro. 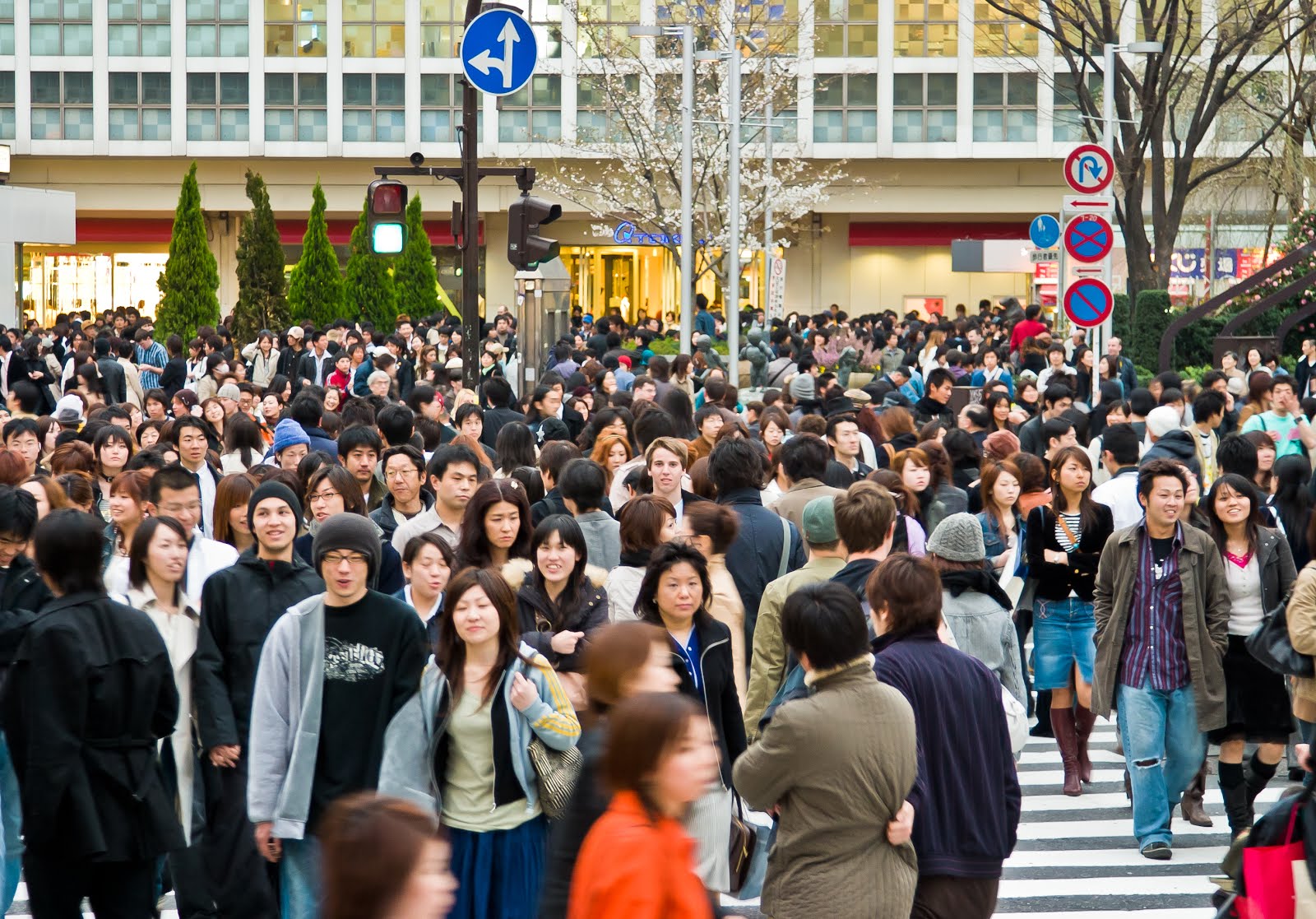 80/20 Japanese is for anyone who wants to learn to speak Japanese, but either doesn't know where to start, has tried to learn but struggled to make progress, or is intimidated by how difficult Japanese appears to be.

How I Plan To Publish It

I will be self-publishing this book with the help of the Publishizer team. Once completed, it will be available in softcover, eBook and audio-book through http://8020japanese.com.

80/20 Japanese is being made possible thanks to designer Scott Lee of The Unspoken Pitch, as well as Guy Vincent and the Publishizer team.

As a bonus, we have Benny Lewis, renowned polyglot and author of Fluent In 3 Months, who has kindly offered to support this campaign with his awesome book. When you preorder the Early Adopter Package, you get one ebook copy of Fluent In 3 Months to accompany 80/20 Japanese. Woohoo!

I have spent over 6 years living in Japan, have a degree in Japanese, and studied linguistics at a Japanese university. I've also passed the highest level of the Japanese Language Proficiency Test, and worked for two Japanese companies where virtually all communication was in Japanese. 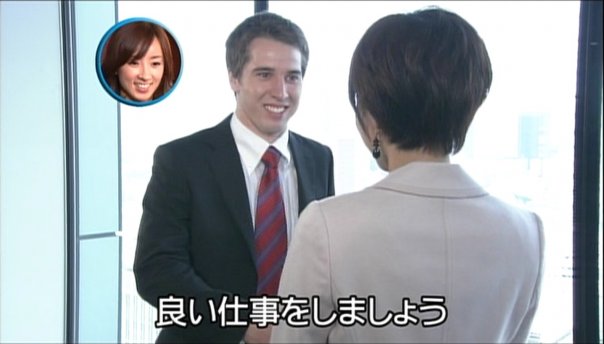 This campaign has ended. To order this book, please visit: http://8020japanese.com

2. The sounds of Japanese

9. Verbs I - Building on the essentials

12. The magic of noun phrases

Japanese is often considered one of the most difficult languages to learn. I thought this too, once upon a time, but now I know better. Yes, it is very different from English and pretty much every other language, but it is incredibly logical, flexible and has very few irregularities. With the right approach, I believe it is possible to learn to speak fluent Japanese in a very short period of time.

That's why I've written this book. I want to share with you the knowledge I have accumulated through years of formal study, over six years of living in Japan, and countless hours spent contemplating the finer points of Japanese and English linguistics.

When I first learned Japanese, I struggled with all kinds of concepts that, in retrospect, aren't very difficult at all. The problem was that I didn't know what I was doing, or what I should be learning. I had textbooks and teachers that taught me all the basic grammar and sentence patterns, and I could even put some decent sentences together, but it wasn't until I studied in Japan that I finally “got it".

The reason for that is simple - I spent a lot of time learning what to say, without properly understanding how Japanese really works. I had to figure a lot out on my own, which only came after being exposed to Japanese almost exclusively for months on end. If I had just had a better grasp of how languages work in general, and the specific things that make Japanese and English so different, I could have saved myself a lot of time and confusion.

This book is designed to give you the head start I didn't have. Wherever you are, if you want to learn to speak Japanese, the book will help you learn smarter, start speaking today, and get to fluency fast!

You've most likely heard of the 80/20 rule, or Pareto Principle. It suggests that in any endeavor, 80% of the results come from 20% of the input. For a company, 80% of revenue usually comes from around 20% of its customers. In many sports, approximately 80% of the goals are scored by 20% of the players. The ratios won't always be 20% and 80%, but the point is that in anything you do, there are a few things that matter far more than everything else.

When it comes to languages, one of the most oft-cited examples of the 80/20 principle relates to vocabulary. In just about any language, the most common 1500 words or so usually account for 80% of the spoken or written language. For Japanese, the first 1000 words account for roughly 76% of the words that appear in novels. Although this is good to know, it is somewhat misleading, and misses the point of language learning.

Firstly, many of the most common words have very little meaning on their own, like the English words “it", “the" and “of". These words are essential, but they mostly just supplement other, less common words that have more meaning.

Secondly, the most common words overall will not necessarily by the most useful words for you. If your goal is to discuss politics in Japanese, you'll need a very different set of vocabulary to somebody who wants to understand anime. You're much better off learning the words you need over the ones you're told you "should" know.

More importantly though, a language is not merely a collection of vocabulary. A language is a skill, or more accurately, a group of skills that you use to communicate. The most important 20% of the Japanese language is therefore not a list of the most common words, but rather the knowledge and understanding that will allow you to practice and develop these skills most efficiently and effectively. Vocabulary is of course necessary, but it is only one piece of the puzzle.

To speak fluent Japanese, the most important skill you need is the ability to understand how sentences are formed, and how the words in a sentence relate to each other. You need to develop this skill above all others because it applies to everything, and because it is the single aspect that is most different to what you already know, making it the most difficult to master.

Despite this, the usual way people are taught Japanese essentially equates to being made to remember and practice lots of different sentence patterns that apply to specific situations. This works for a while, but it is severely limiting and leads to a lot of confusion. I experienced this myself, and wish I had started with a proper understanding of sentence formation, rather than having to figure it out for myself.

That's why after introducing the sounds of Japanese, this book focuses first and foremost on giving you a proper understanding of Japanese sentence structure. It does this using simple examples and highlighting the important differences between Japanese and English. This teaches you to think differently, and lays the foundation that will allow you to say anything. It's the 20% of the language that will get you 80% of the way to speaking fluent Japanese.

One more application of the 80/20 rule in this book is to ignore written Japanese. Learning to read and write Japanese requires a lot of memorization and additional practice. I encourage you to learn these skills when you are ready, but at the beginning stages of learning a new language, an entirely new writing system is a distraction that slows you down and causes added frustration, making you more likely to quit. Instead, it's better to focus on understanding the language first. That is the most important 20%.

The skill of speaking Japanese can be broken down broadly into four pieces - pronunciation, listening, vocabulary and sentence building. The sounds of Japanese, which are relevant