Iran went on high alert early on Wednesday as Tehran sent missiles towards United States troops in Iraq to the west and waited in vain for retaliatory fire from the US.

But what happened next - rather than Iranian military targets taking a hit - was a tragedy that claimed the lives of 176 passengers and crew on a civilian aircraft that was bound for Kyiv and had just taken off from Tehran.

Ukraine International Airlines flight PS752 crashed as a ball of fire in a suburb of the Iranian capital, killing everyone on board the Boeing 737-800.

Now, the governments of Iran, Ukraine and the US - where plane manufacturer Boeing Company is based - are scrambling to determine exactly what brought down the plane as the tensions surrounding the tragedy upend international norms for investigating air disasters.

US intelligence officials said on Thursday that the airliner was most likely brought down accidentally by Iranian anti-aircraft missiles.

Canadian Prime Minister Justin Trudeau also pointed the finger at Iran, telling reporters that intelligence from "multiple sources" indicated "the plane was shot down by an Iranian surface-to-air missile". Among the passengers killed in the tragedy were 63 Canadian nationals.

Some airline analysts also say the evidence points to downing by an anti-aircraft missile.

Richard Aboulafia,aerospace analyst and vice president of the US-based Teal Group,told Al Jazeera that the possibility of the relatively new plane crashing "due to the aircraft or engine is between zero and one percent".

It sounds very likely that their radar and satellite picked events up that match the missile theory.

"Planes don't just take off and explode on their own," he added. "There is such a thing as uncontained turbine failure, but it does not look like this."

Aboulafia described the Ukrainian plane as "blowing up, like a grenade" and having "a lot of kinetics" that suggest a shootdown by anti-aircraft missiles.

"The mysterious Iranian government message saying this was mechanical failure was just bizarre," Aboulafia said, referring to the lack of pilot communication, black-box data or ground-control information before that announcement. "The optics speak of nothing good."

The optics may be shifting focus towards a downing, but the dearth of hard, verifiable information is frustrating some analysts.

"It might possibly be a terrorist act, but it's too hard to tell at this stage," said Geoffrey Thomas, an aviation expert at Airline Ratings.

Mark Zee, founder of Opsgroup, an aerospace intelligence firm, said that a clearer cause is emerging but is "still not concrete, because it's back-channel stuff to the media in the US".

"I suspect the US will have to come out with a statement on it, from the military side," he told Al Jazeera. "It sounds very likely that their radar and satellite picked events up that match the missile theory."

"Those systems are designed to look for anti-aircraft and missile activity," added Zee,referring to the timing of the incident among other factors such as the lack of a distress call to air-traffic control, an abrupt loss of navigation signals, no indications of an attempt to return to Tehran's airport and widely scattered wreckage.

"If the eyewitness video is verified, then that also lines up with the [missile] theory," Zee added. "Finally, the images from the Iranian news agency of the aircraft parts show something that looks a lot like projectile damage, but higher-resolution images would be needed."

Despite the US Federal Aviation Administration having successfully rerouted most air travel away from what had become a combat zone, Zee does not fault Ukraine International Airlines for flying in the area just hours after Iranian rockets were sent into Iraq. "You can't point any fingers there," said Zee.

Just after the crash, the Ukrainian embassy in Iran blamed technical failure - but then retracted the claim.

Meanwhile, the investigation into the incident is being conducted by the Iranian authorities, in conjunction with Ukrainian officials but not with US investigators, whom Tehran has scorned.

The incident is testing international protocols for multilateral cooperation when investigating airline disasters at a time of seriously heightened tensions betweenTehran and Washington. 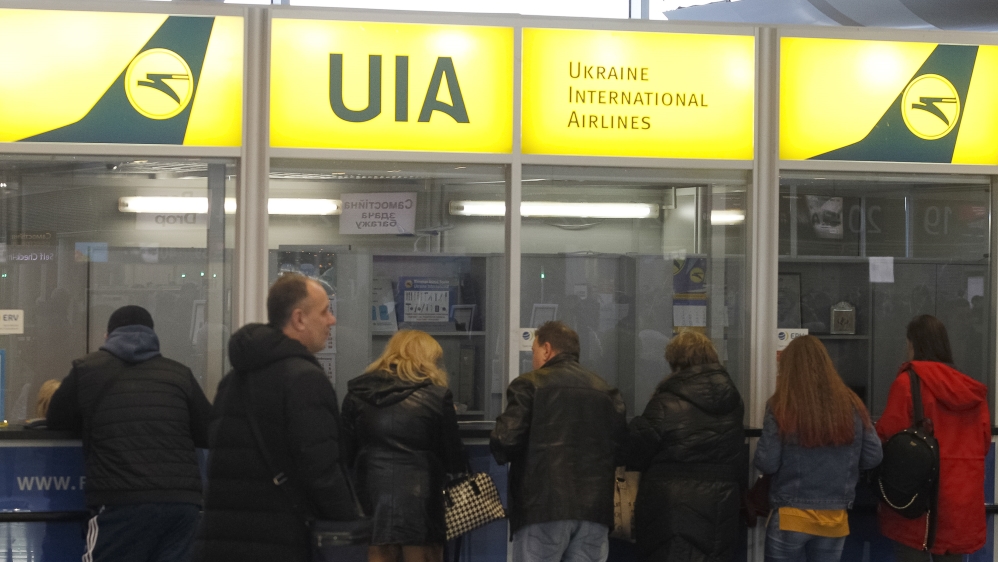 Under the rules of the 1944 Chicago Convention on International Civil Aviation that created a global regime for air travel overseen by the United Nations, Iran's air accident investigation branch automatically takes charge.

Ordinarily, because the jet was US-made, the US has the right to be accredited to the inquiry. Since that is politically not feasible, Washington is concerned the investigation may not be fair.

Black boxes from Boeing planes are often sent to Boeing's US suppliers, but that is looking unlikely in this case.

"We will not give the black boxes to the manufacturer [Boeing] and the Americans," Iran's Civil Aviation Organization chief Ali Abedzadeh told Iran's Mehr News Agency.

Iran could ask a third country to help analyse black-box data, especially if reading the information is technically difficult due to badly damaged casings.

Canada could end up playing a key role in the investigation.